MORE than a million pensioners spend the equivalent of two months a year without seeing another person, a worrying new report has found.

1.3 million older people spend two months a year alone, a new poll from OnePoll and Bluebird Care has found.  The survey of 1,000 over 65-year-olds, found 11% said they spent five days or more a month without seeing anyone.

The statistics correlate with Contact the Elderly’s core concern of the growing number of older people in society who are facing chronic loneliness.

• Some 4.5 million older people (39%) feel lonely either often or sometimes

• Some 3.4 million older people (30%) would not admit to someone they trust that they are lonely.

• While 5.4 million (47%) say they do not have access to support when they are feeling lonely

The survey also found two million older people (18%) have spent more than a week consecutively without seeing anyone.

Contact the Elderly is the only national charity solely focused on combating loneliness and isolation amongst older people through regular face-to-face contact, and such statistics reveal the increasing demand for our service. Our free, monthly Sunday afternoon tea parties mean older people have regular contact with a small group of friends and loneliness is replaced by friendship and a sense of community.

Cliff Rich, Contact the Elderly’s Executive Officer for the South, said: “These statistics are shocking, however sadly they do not come as a surprise to us. We know from over fifty years’ experience that isolation amongst older people is an increasing issue, and we hear first-hand the crippling effects that loneliness has on our older generation."

Bluebird Care COO Duncan Berry said: “These shocking statistics show just how much needs to be done to tackle the crippling yet silent problem of loneliness in Britain. Changes in our society mean many of us, especially older people, are spending more and more time alone. But spending time alone does not automatically translate into loneliness. When people have strong relationships with others who respect, care for and are interested in them then visits can have an effect that last long after the meeting is over. Carers and care assistants have a role to play. That is why we are proud to get behind Every Visit Counts.”

The aim of the campaign is to highlight the high rate of loneliness amongst older people in the UK. If you’d like to find out more about the campaign at www.everyvisit.co.uk

Contact the Elderly has over 655 groups nationwide, so if you’d like to refer an older person to our service you can do so by finding out where you local group is and the best person to contact here.

Our group meets on the last Friday of every month starting at 12.30pm.  Currently, we are meeting at the Beauty Of Bath, . College Rd, Sittingbourne ME10 1LH  Everyone is welcome.

Our Beating Isolation Group brings together people from all walks of life to socialise over lunch and a drink in a local pub.  The group meets on the last Friday of every month starting at 12.30pm.  Currently, we are meeting at the Beauty Of Bath, . College Rd, Sittingbourne ME10 1LH

For more information and to book your place, please telephone Bex at Bluebird Care (Swale) on 01795 422200. 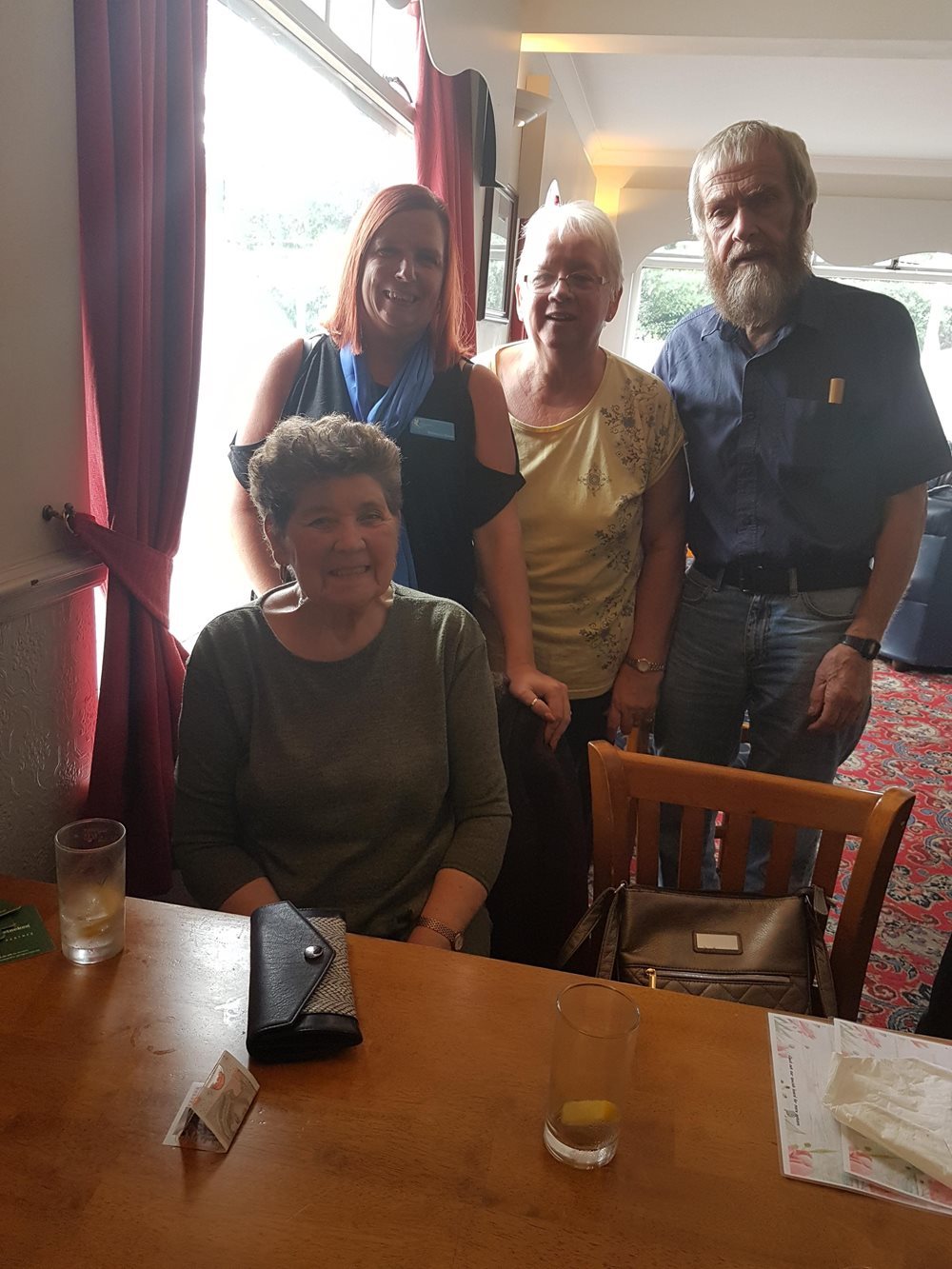