Dementia: the goal is a cure, but in the meantime let's have respect

Dementia is rarely out of the news these days. Every week there seems to be a story about a promising new drug or treatment for the condition.

But such articles can be misleading. I recall one, published in a national newspaper earlier this year, that boldly declared ‘Alzheimer’s Cure At Last’. It wasn’t until you got to the third last paragraph that you discovered that the research findings – although encouraging – were based on a study involving just 36 people, 18 of whom were given a placebo. 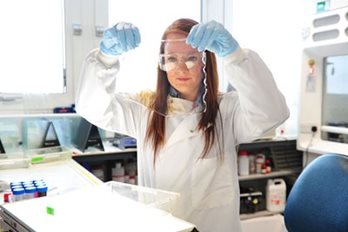 The truth is that whilst there are grounds for cautious optimism about a number of new drugs – and one in particular that might slow the progress of Alzheimer’s – there is no outright cure on the horizon. And that means predictions that dementia prevalence in the UK will rise from its current estimate of 850,000 to more than one million by 2025 remains unchanged.

In other words, despite the hype and to some extent genuine promise of new treatments, the reality is that dementia is here to stay for the foreseeable future.

This is precisely why Alzheimer’s Society is fighting so hard to secure a better deal for people with the condition. Through our network of Dementia Action Alliances we are striving to create truly dementia-friendly communities. That means creating environments where people with dementia not only feel safe, but are able to play an active part in the community.

For that to happen we need businesses and other organisations to understand more about dementia and how it affects people. Only then will they feel able to make small changes to the way they operate – small changes that can make a big difference.

For example, Sainsbury’s in Gosforth recently introduced a ‘Slow Shopping’ initiative. For two hours every Tuesday extra staff are on hand to help people. Seats are located at the end of aisles for anyone who wants to take a rest and there is no music playing or tannoy announcements. The resulting relaxed atmosphere and access to assistance if required creates an environment where people with dementia feel at ease.

Others have tried similar initiatives. In County Durham,Virgin trialled an ‘assisted journey’ where people with dementia were escorted on and off trains, enabling them to use public transport without feeling anxious.

And County Durham and Darlington Fire and Rescue Service is now conducting regular ‘wellbeing’ visits to the homes of people with dementia to ensure their environment is as safe as possible.

These are just a few examples of initiatives that we want to see rolled out across the country,

A cure for all dementias remains the Holy Grail. But in the meantime, our mission is to ensure those living with the condition do so with dignity and respect – and feel able to continue doing the things they love for as long as possible.

Ken Oxley is Media Officer for Alzheimer’s Society in the North East and Cumbria.

Alzheimer’s Society supports people to live well with dementia today and funds research to find a cure for tomorrow. We rely on voluntary donations to continue our vital work. You can donate now by calling 0330 333 0804 or visiting alzheimers.org.uk.