After Emmerdale, What Now For The Real Life Ashley's?

The TV soap Emmerdale has done an outstanding job raising awareness of dementia with its gripping storyline about Vicar Ashley Thomas.

The Alzheimer’s Society collaborated with scriptwriters and we are delighted with the show’s realistic portrayal of the condition.

Last week’s ground-breaking episode, in which viewers saw the world through confused Ashley’s eyes, has won high praise…and rightly so. 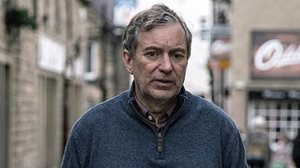 It’s no secret that actor John Middleton, who plays Ashley, is being written out of the soap.

But what does the future hold for the UK’s 850,000 real-life Ashleys living with dementia, around 5,000 of whom are in Northumberland?

We can’t write them off. That’s why we’re doing everything in our power to help them live well with the condition.

From our innovative Singing for the Brain and Games for the Brain groups, to the relaxed and informal Dementia Cafes we run, we are striving to build communities that people with dementia feel part of.

It’s not easy, not least of all because of the chronic underfunding in dementia services.

As a nation, we have to wake up to the fact that serious investment is needed if we are to tackle the epidemic in our midst.

The writing is on the wall. The number of people with dementia is set to rise to more than one million by 2025 and two million by 2051.

Last week Alzheimer’s Society ambassador and former Blackadder star Sir Tony Robinson summed it up when he said: “The fact that we’re not investing more in our elderly is absolutely nonsensical, and is as much of a blind spot as it was in the 19th-Century as far as child labour and not giving women the vote were concerned.”

He’s right, of course, but it’s going to take a lot of lobbying – and perhaps a good few more high-profile programmes like Emmerdale – to keep dementia at the forefront of public consciousness and on the political agenda.

One major step forward has been the creation of a £250m Dementia Research Institute, due to open in London next year.

Its newly-appointed head, Professor Bart De Strooper, said last week he believed dementia would be ‘as manageable as HIV’ within 10 years’.

I hope he’s right. Dementia has overtaken heart disease as the UK’s biggest killer and it is also the condition we fear most.

Future generations need hope, and the professor’s prediction gives them that.

Ken Oxley is the Media Officer for the Alzheimer’s Society in the North East and Cumbria. For information about the charity’s services call 01642 442030 or visit our website.