Lets Unite Against Dementia To Bring About Change

It will be Dementia Awareness Week from May 14 to 20 and this year we are calling on people from all walks of life to support our theme and stand ‘United Against Dementia’.

Written by: Ken Oxley
Alzheimer's Society
North East & Cumbria
It will be Dementia Awareness Week from May 14 to 20 and this year we are calling on people from all walks of life to support our theme and stand ‘United Against Dementia’. 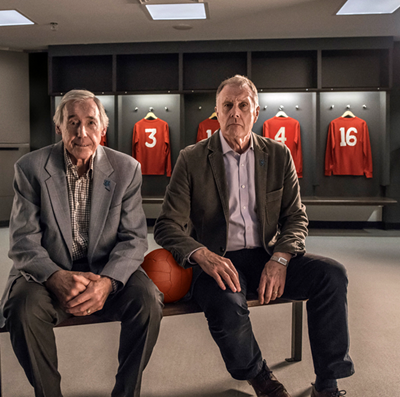 You may have seen our United Against Dementia television advertisements, one of which stars England legends Sir Geoff Hurst and Gordon Banks talking about how dementia has affected three members of the 1966 World Cup winning team.

What does ‘uniting against dementia’ actually mean in practice? In short, we are calling on people to take positive action to bring about change.

You could make a donation to Alzheimer’s Society, organise a fundraising event, or participate in an existing event, such as Cupcake Day on June 15 or the North East Memory Walk on October 7.

But it isn’t just about money, it’s about raising awareness too.


You could become a Dementia Friend by learning more about how the condition affects people and how you can help them. Simply visit our website at alzheimers/org.uk

Or you could become a volunteer – we have a range of services from dementia cafes to activity groups.

We’re attacking dementia on all fronts because even though it is set to be the 21st century’s biggest killer – and costs the economy more than cancer or heart disease – it doesn’t get the attention it deserves.

Stigma still exists and, sadly, many people do not get the care they need. We hear from countless families telling us that they are funding care themselves or are juggling work and caring for a loved one as they see no other solution because successive governments have failed to invest in social care.

This is what motivates us to push for change. Dementia should be everyone’s problem because it can affect us all. So please, unite with us and let’s make change happen.