AMMF is the UK's only cholangiocarcinoma charity. We have been supporting Andrea Sheardown, one of our key suppliers, since her diagnosis of this rare condition in 2015.
Andrea and her fellow fund raisers recently cycled from Vietnam to Cambodia raising a whopping £16K for the charity! That makes a grand total of £46K since her work began!
A display banner, including our logo as proud sponsors, cycled along with the 18-strong team, which included Andrea’s 16-year old daughter.
The team is pictured in front of an impressive tree at Angkor Wat, a site used in the famous Tomb Raider series of films. Well done Andrea and team! We look forward to hearing about the next big challenge! 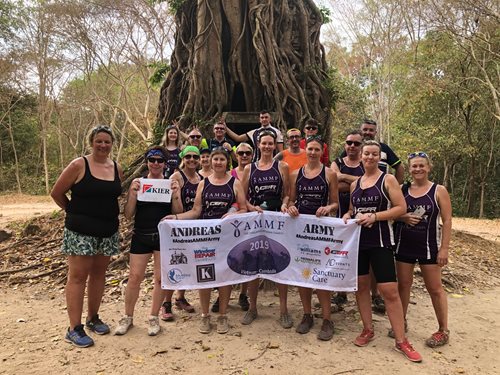