Spending an afternoon with a Real-Life War Hero - Frank

We were privileged to get a primary perspective from one of our customers Frank who fought in the RAF during WW2.

Our special 10-year anniversary celebration on Tuesday 14th September 2021 gave both staff and customers a chance to get to know each other a bit more, and in talking with one of our customers we received a bit of an insight into the adventures and challenges that were brought about by World War Two.

Frank is currently our oldest customer at Bluebird Care Trafford who celebrated his 100th birthday 2 months ago. He shared some interesting thoughts and memories of what it was like in the war. Due to the war being a matter very close to his heart, every week he volunteers at the Imperial War Museum, where he tells stories to all the children who visit from various schools across Manchester and answers any questions they might want to ask of him. He also shares several photographs that were captured during the war, including some wonderful photographs of him standing by WW2 aircraft alongside his crew. Upon Frank’s request, Supervisor Scott and Marketing Assistant Eleanor were privileged to have the opportunity to get a deeper glimpse into the hardships and adventures that many individuals faced during the Second World War. However, it was more meaningful to get an inside and unique perspective first-hand from a royal bomb-commander. It is absolutely remarkable, that Frank volunteers each week at the Imperial War Museum, to share his stories of what it was like during the war, giving the children of today a vivid picture of what they could have expected if they were present during those days. Seeing how much Frank has done for not only his country but what he has done for other countries is extraordinary. Even now, as he volunteers each week to give back to the community goes to show what a determined and inspirational gentleman Frank is. Hearing all what he went through and all of the times he had to be more than brave leaves us in awe. Even though Frank humbly says that he was very scared in the war, he has showed more courage and strength than any of us could ever imagine. 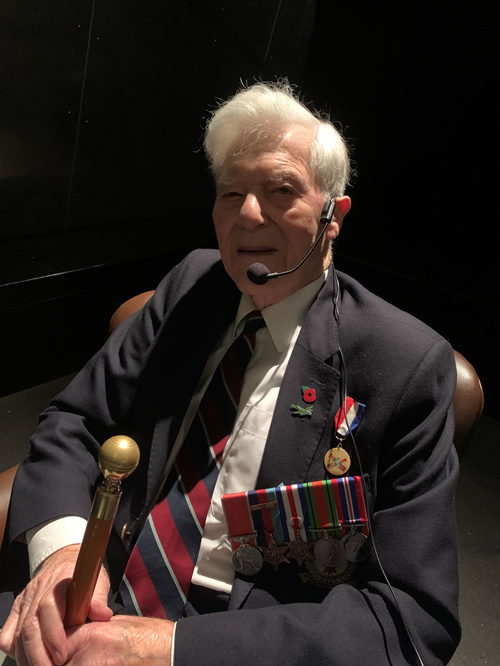 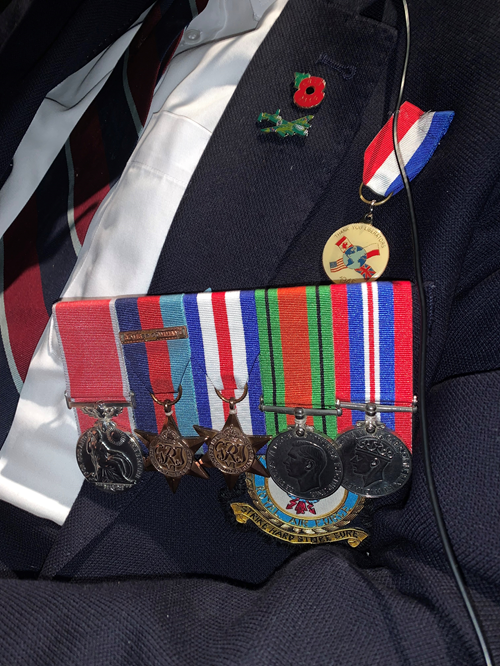 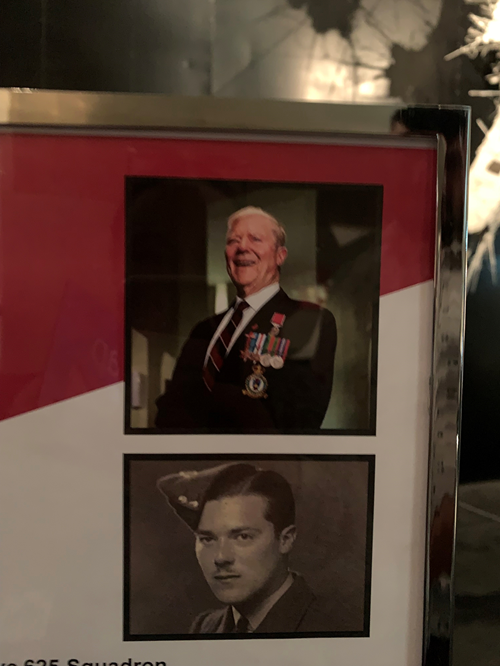 As part of Frank’s eldest grandchild’s school project, he was asked about his thoughts on killing people in the war. Frank shared with me that he had wrote a poem upon reflection of this question: 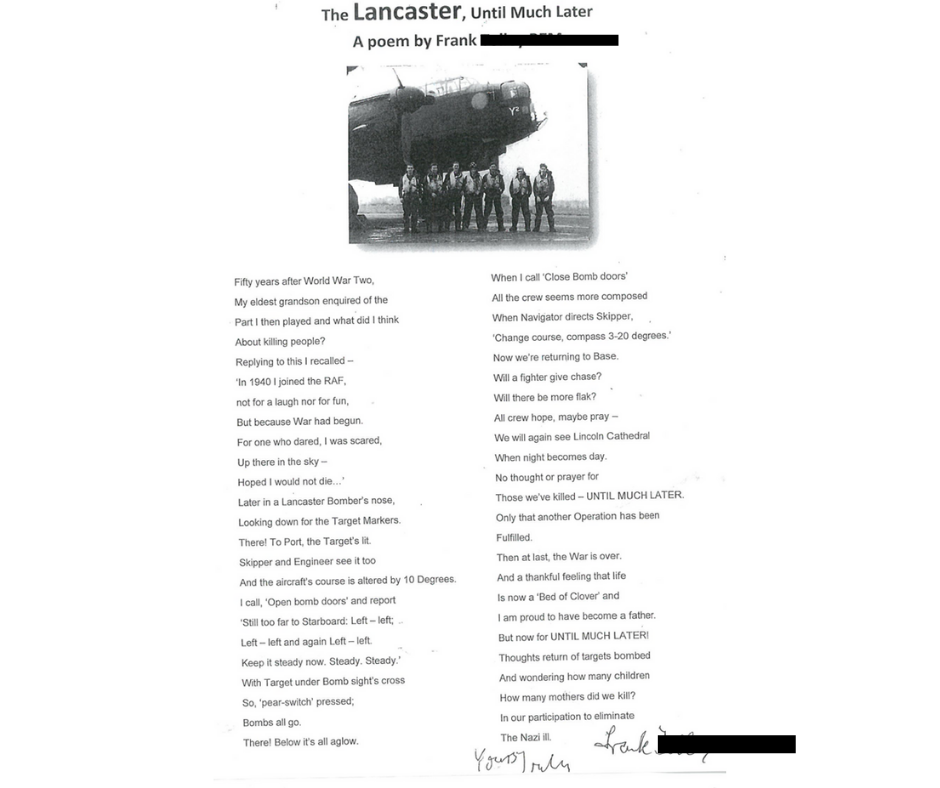 [Photocopy of Frank's poem that he wrote in response to his eldest grandson's question: 'What did you think about killing people?'] 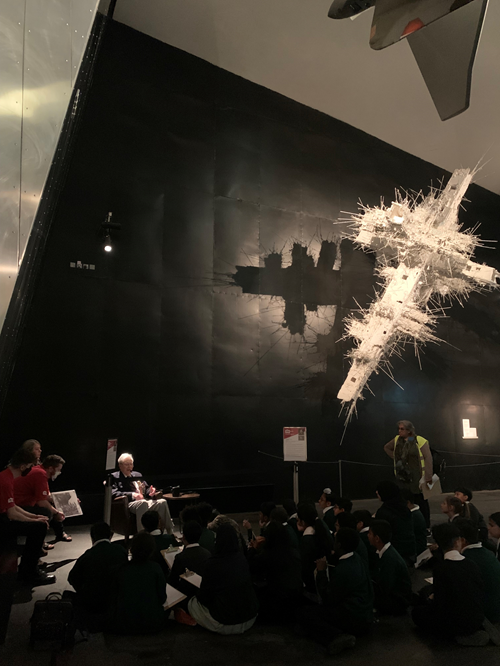 Here are some of the questions that the children of a local school were bursting to ask Frank;

Q - 'How did you feel looking over Dresden?'

A - 'It was very hard. Very emotional. There was nothing to aim at as it was completely wiped out.'

A - 'It was a tight space, the nose and the tail were the two coldest places in the aircraft. We had to lie down, wearing special jackets and when we got into our positions, we were able to plug into the system to get warm. Was quite cold. Felt exposed as I was at the very front of the aircraft.' 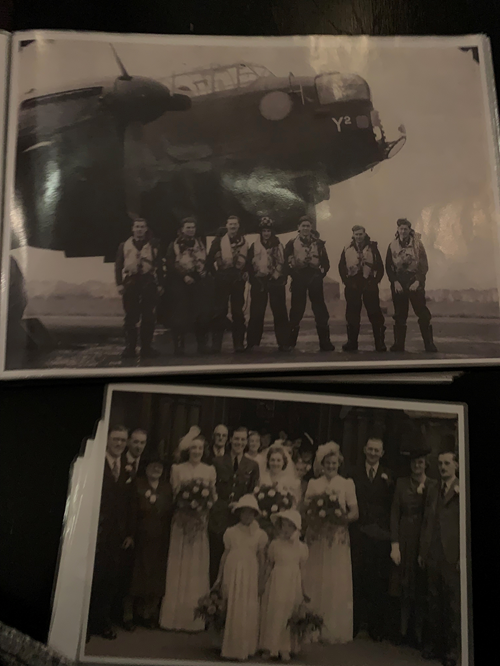 Q - 'In your wedding, what were the bridesmaids’ dresses made out of?'

A - 'Material was very hard to come by during those days, therefore the material of the bridesmaids’ dresses were made out of coffin drape, the actual lining of the coffin.'

Q - What was a scary moment for you in the war?'

A - 'Seeing a Warcraft go down in flames next to us. It was absolutely miraculous. I’m lucky to be alive.'

A - 'What we had rationed to us during the war was in many ways much better than the food we have today. What happens is that there are a lot of machine-made food, people don’t cook their food properly, it’s all very easy food to make, it’s very fattening. We did very well with our food rations back in those days.'

Q - 'What was something that you did that you felt proud of in the war?'

A - 'Taking supplies to Holland. We would take over food supplies such as flour, sugar, dried egg and a number of other things. For instance, even we would give children chocolate. Some children never had chocolate, so we would provide them with chocolate. I was awarded a medal by the Dutch Government to thank us for saving a lot of lives, they were very thankful. People were flopping down on the pavements due to a lack of food, now that is war. That’s just how things were. '

A - 'We killed a lot of defenceless mothers and children, I see you (children in the audience) and I think about how many German children I must have killed. War does not solve any problems at all. You cannot forget that, it stays with you. That is the way of the war, it’s very hard.'

Q - 'Did you have any family fighting in the war with you?'

A - 'My brother was in the forces, but because his spectacles didn’t fit in the gas mask, he was discharged, and he had to come out. My brother was very annoyed at this and tried to get my father to get him back in his role. I would say to him that I’d have given anything for my spectacles to not fit in my gas mask, so I didn’t have to fight. My next brother joined the navy, my father was a royal marine in the royal forces, in World War 1. My youngest brother when the war was finished, was inscripted to work in the army, and that’s the story of my family in the royal services.' 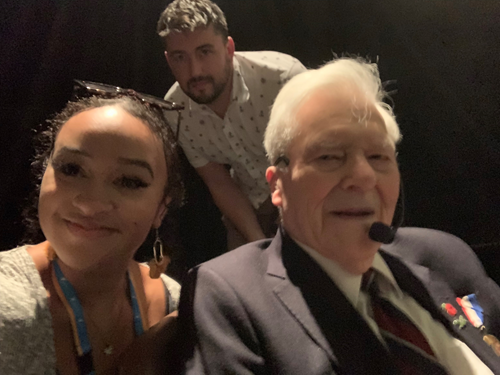 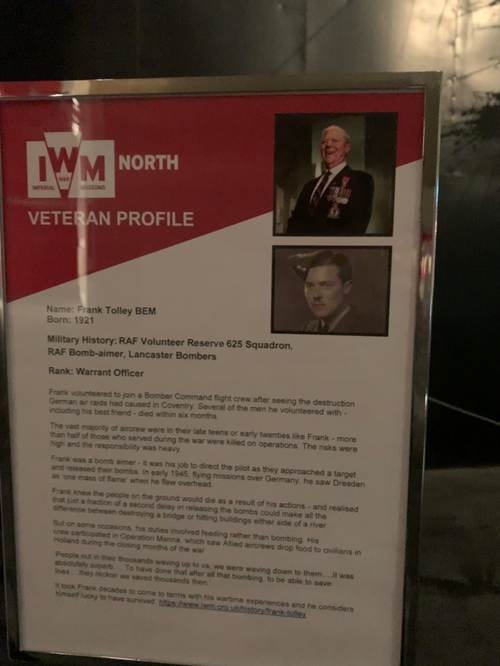 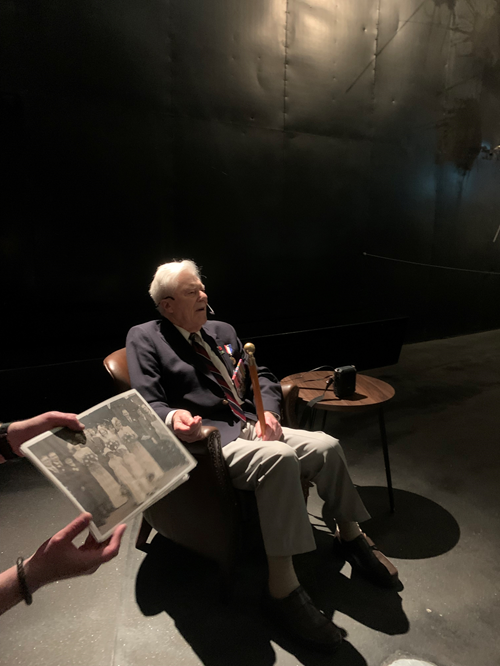 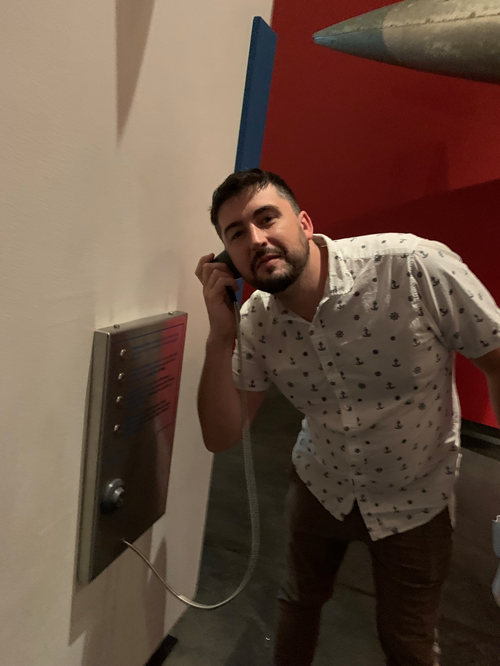