We have announced the winners of our summer sunflower competition.

The contest, which was launched back in June, Each person was challenged to grow the tallest sunflower they could over the summer months.

The contest, which was launched back in June, Each person was challenged to grow the tallest sunflower they could over the summer months.

Each person was challenged to grow the tallest sunflower they could over the summer months. 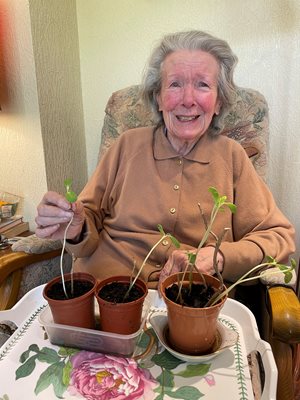 And now, several months later, the winners have been announced.

Customer Nan Campbell, was declared winner. The victory was even sweeter as Nan happened to also be celebrating her 92nd birthday on the day of her afternoon tea for two. 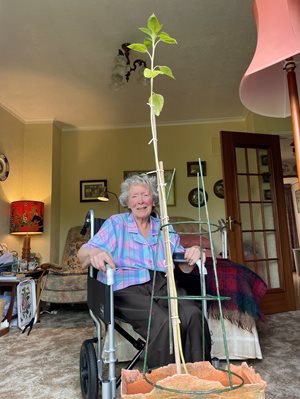 Reflecting on her sunflower success and prize, Nan said:

“I thoroughly enjoyed the experience, from planting the seeds and watering, to watching them grow. I’m very pleased to have won the afternoon tea. It really is lovely, but even if I hadn’t won, I’m really happy to have been involved. Thank you Bluebird Care for organising this competition, it has been fun to watch. Thanks very much to my carers, especially Karen, for helping to water and look after them.”

“Thank you for letting me take Nan out to the afternoon tea. I stayed a lot longer than I think I was supposed to, but she said she won’t forget this birthday in a long while. We chatted, played songs that were out when Nan was born and enjoyed our tea for two while we were eating. Such a lovely lady.” 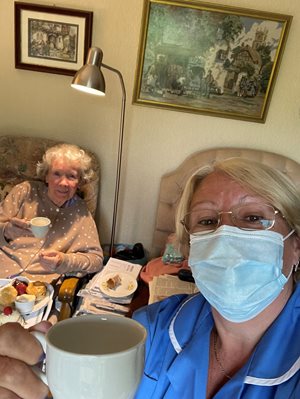