Some 1.3 million older people spend the equivalent of two months a year without seeing anyone, according to a poll. In London, 16% of older people are spending more than a week alone.

Some 1.3 million older people spend the equivalent of two months a year without seeing anyone, according to a poll. In London, 16% of older people are spending more than a week alone.

A OnePoll survey of 1,000 over 65-year-olds, found 11% said they spent five days or more a month without seeing anyone. In London, 16% of respondents said they had spent more than a week alone.

The poll also found: There are 11.4 million people in Britain aged 65-years-old or more, according to Age UK, which means 1.3 million older people are spending more than two months a year alone. 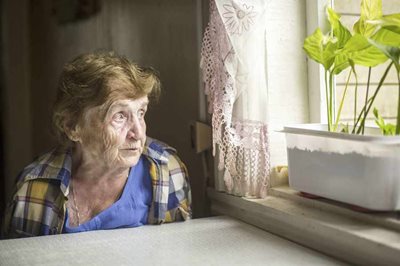 Again older women are more likely to have spent longer periods alone than older men with 21% of female respondents saying they have gone a week or longer without speaking to another person compared to 14% of men.

The poll was commissioned by specialist homecare provider Bluebird Care who have been working with the elderly in Hammersmith and Fulham for the past 4 years to help tackle loneliness.

Just because people get to a certain age it doesn’t mean they want to go out less, or be confined to their homes. Loneliness amongst the elderly has become a huge concern over the past twenty years, which is why we’ve launched this new Every Visit Counts campaign.

Over the next year we’ll be looking at what further links we can build with community organisations and charities to give elderly residents even more opportunities to socialise and spend time with others.
The aim of the campaign is to highlight the high rate of loneliness amongst older people in the UK. Full details can be found at www.everyvisit.co.uk.