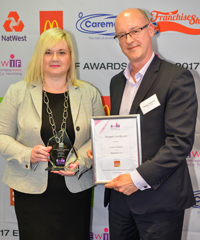 The awards ceremony and drinks reception took place on Tuesday 16th May in Bishopsgate London and included inspirational keynote speaker Melody Hossaini. The awards bring together woman in franchising, celebrating their achievements and contributions they have made to the franchise industry.

Every year the NatWest EWIF awards get bigger and bigger and I can’t believe we’ve just finished our seventh Awards! EWIF membership is growing year-on-year, and each year sees record numbers of entries. This demonstrates how women are coming forward to shout about their achievements. 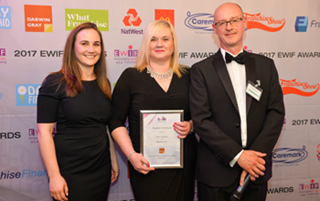 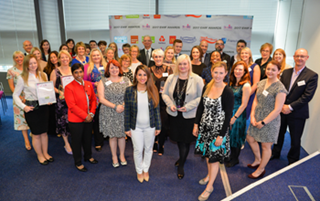 The Inspirational Woman in Franchising Award recognises the most inspirational woman involved in franchising and was open to Woman franchisors, franchisees and service providers.
Reflecting on her win, Fiona said:

I am overwhelmed to have received this award, it is a privilege to be recognised as an inspirational woman within the franchising industry, each award category had so many strong finalists so I am thrilled to be given this award. I get up every morning and I feel driven to go into work and be a champion for what’s best in our industry. I hope that this achievement gives everyone in my network a great boost and I hope I can continue to inspire everyone around me.

We are thrilled Fiona has been recognised by EWIF in awarding her the Inspirational Woman in Franchising Award. Fiona is extremely committed to everything she does and lives our strapline of 'by your side' for our franchise network and contributing to positive changes within the care sector. 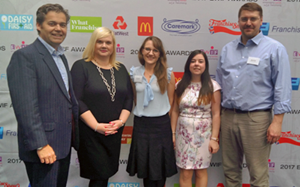 We are thrilled that Fiona’s latest achievement and her hard work and dedication to the care sector has been recognised by the EWIF awards.