Our Macmillan Coffee Morning was a great success!

On the 25th of September we helped in the fight against cancer by supporting Macmillan Cancer Support’s “World’s Biggest Coffee Morning”.

On the 25th of September we helped in the fight against cancer by supporting Macmillan Cancer Support’s “World’s Biggest Coffee Morning”.

One in three of us will face cancer, and the money we raised at our Coffee Morning will help to make sure that no one has to face it alone.

The event first started in 1990, when a local fundraising committee decided to hold a coffee morning and donate the cost of their coffee to Macmillan in the process. The idea was such a simple, yet effective one that it was suggested the model be taken up on a national level, and in 1991 over 2,600 people registered to hold coffee mornings across the country. Since then it has raised over £138 million in total for Macmillan Cancer Support.

This year we invited our customers, staff past and present, friends and communities to join our team for a BIG coffee morning to raise funds to help Macmillan achieve their goal. We held the coffee morning at our Bluebird Care Gateshead office from 10am to 12pm. We also held a best cake competition and a spot the cake competition!

Overall the morning was a great success, with many people coming out to join us.

In total we managed to raise £55.69 in aid of Macmillan Cancer Support, and had a great time doing so!

We would like to say a big thank you to everyone who joined us for our coffee morning and helped to support this great cause. 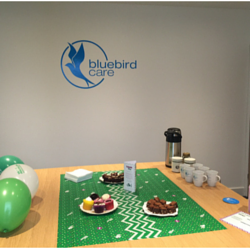 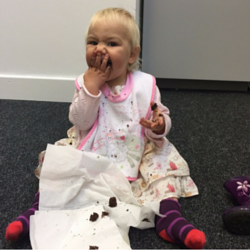