On Sunday 6th October, we successfully held our Silver Sunday tea party at Rogerthorpe Manor. Over 54 people attended including some children.

Thank you to those who came along

On Sunday 6th October, we successfully held our Silver Sunday tea party at Rogerthorpe Manor.  Over 54 people attended including some children.

Mabel was our oldest guest at 92 years old and she informed us that she worked as a nursery maid for Daphne Du Maurier!

Mabel is pictured right holding her balloon with her tag and writing her messages.  Her message to the young people was

Do your best at school, be respectful to all.”

Brenda, another guest, commented that

As you get older you are more invisible to people.”

A lot of our guests were very grateful to have young people there to talk to and everyone there took part in writing messages attached to balloons and then releasing the balloons into the sky.

We designed some placemats that were available for people to tell us what they thought of the day.  Some of the comments we received included: “A feeling of warmth” and also,

A sense of pride in being involved in something worthwhile that not only raised awareness but gave us the chance to share our stories.  Thank you Bluebird Care Wakefield.”

We were also joined by PC Douglas Galbraith and representatives from the West Yorkshire Fire Service who went round talking to our guests.  Best of all, we managed to raise £650 for The Prince of Wales Hospice.  Thank you to all that came to the event. 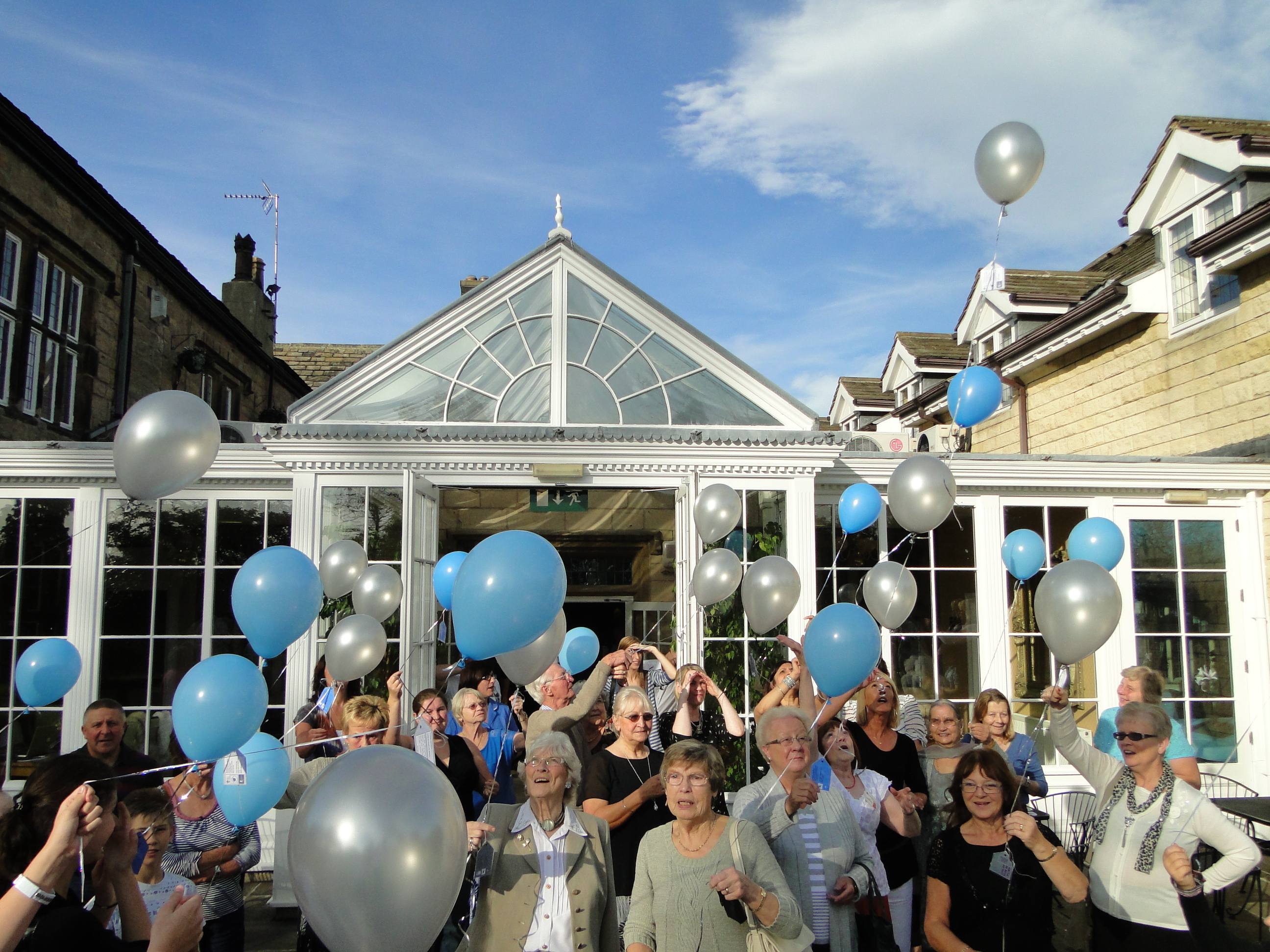