To show our support for Parkinson's Awareness Week, Sophie created a window display containing key information on Parkinson's disease. Many people have taken the time to stop and have a read of our display which we hope has helped to raise awareness in the local area. 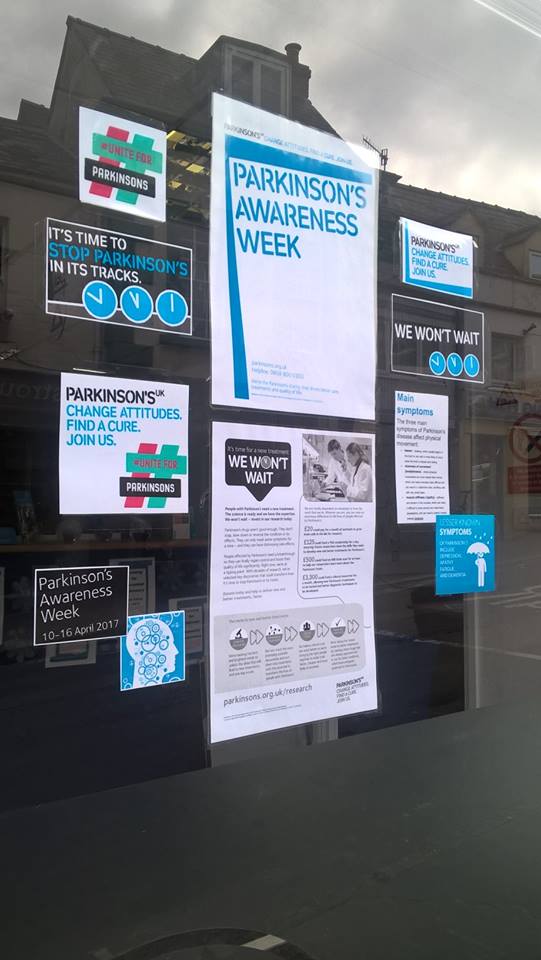