A deeply personal tribute to our armed forces and The British Legion by our director, Ian Inglis. 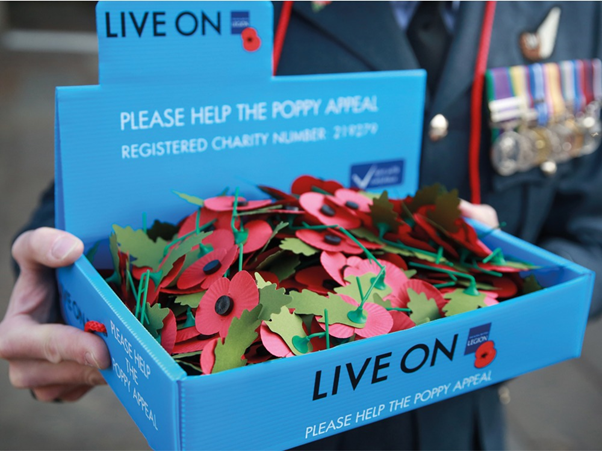 When Remembrance Sunday comes around, my thoughts always turn to those in my family who served our country with such bravery and dedication in both World Wars. My father who was in the RAF in WW2, and my grandfather and great uncle who were at the Somme in 1916.

I was able – on a recent trip with my wife (Anne) to visit the battlefields of The Somme – to pay respects to my grandfather and great uncle. Of course, the people I’ve mentioned have long departed this Earth, but wearing the poppy every year is my way of remembering and showing them gratitude. It’s the least I can do for the sacrifice they made.

The Royal British Legion, which was born in 1921, is the country’s largest Armed Forces charity, with 235,000 members, 110,000 volunteers and 2,500 local branches. The charity provides lifelong support to serving and ex-serving personnel and their families. Support starts after seven days of service and continues through life, long after service is over, from expert advice to recovery and rehabilitation to transitioning to civilian life.

“I think I was about four years old when my father pinned a poppy on my coat, and it’s something I am proud to repeat each and every year” adds Ian.

The red poppy is worn as a show of support for the Armed Forces communities across the UK, Allied Forces and the Commonwealth and all parts of the poppy are recyclable. Only donations from the sale of RBL red poppies go directly to helping those in need. Last year the Poppy Appeal raised over £50 million for charity

So, from everyone at Bluebird Care, we ask you to pause - mute your phone, put down the paper, switch off the telly – for just two minutes and join us in paying your respects to our Armed Forces community, past and present.