Bluebird Care Solihull have been featured in the Solihull Observer after prestigious award from Homecare.co.uk.

Bluebird Care Solihull has been named as one of the West Midlands top 20 home care providers by the leading home care review site, homecare.co.uk and following this award we appeared in the Solihull Observer on Thursday 17th May, telling the population of Solihull what a great team of carers we have, which is why we were awarded with this amazing award! 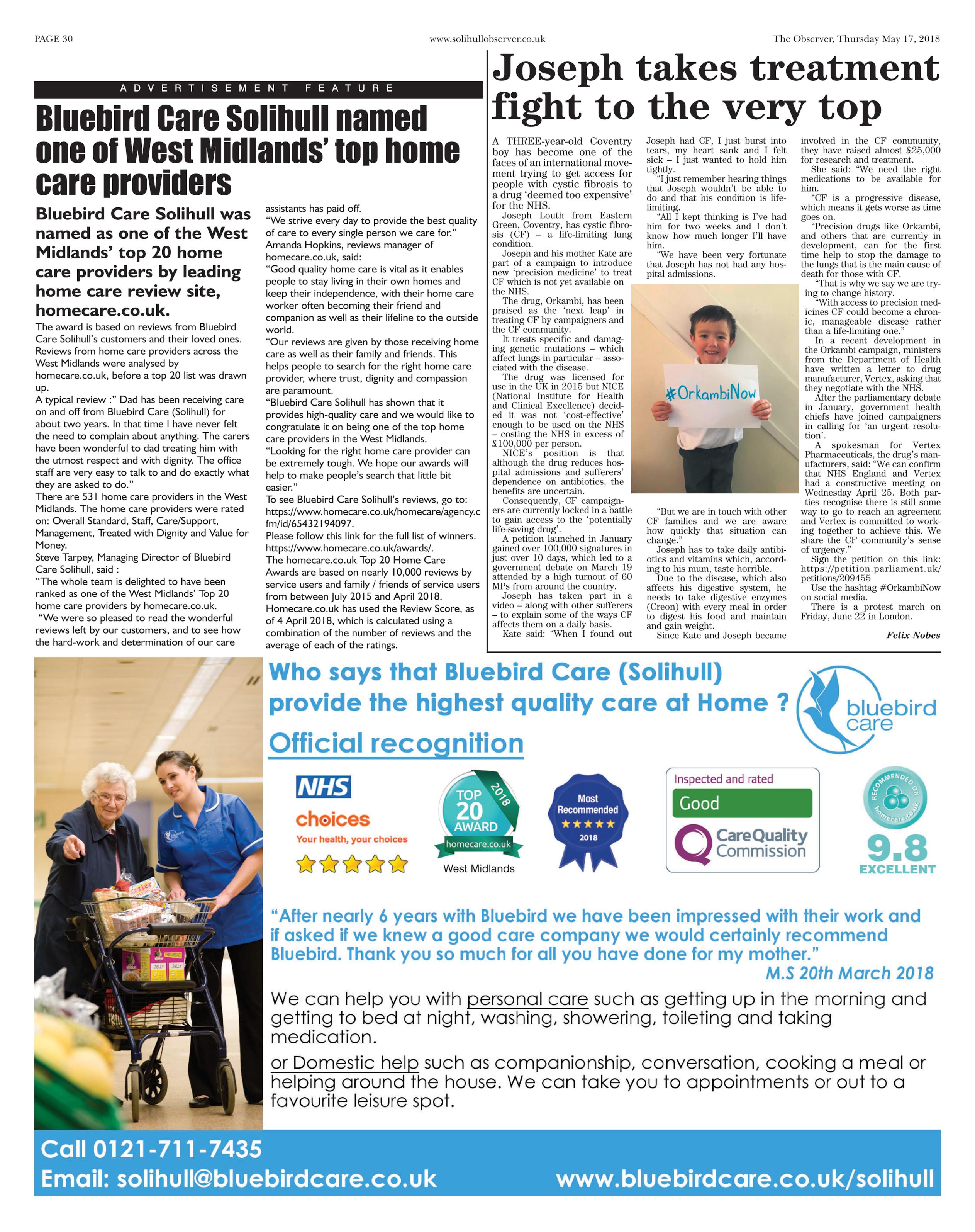