The Woodley branch of one of the country's biggest care providers has been named as a finalist in a national franchise award.

The Woodley branch of one of the country's biggest care providers has been named as a finalist in a national franchise award.

Mehul and Tushar Shah, who run Bluebird Care Reading & Wokingham, discovered they have been nominated for the Regional Franchise of the Year award during Bluebird Care's 11th Annual Conference last month.

The nomination was received as a recognition of the team's dedication towards customers, as well as consistent high level of service demonstrated by staff.

The franchise placed as a reunner up for the regional award after having  been submitted to a strict selection process.

Following the awards, Mehul and Tushar Shah said: "All Bluebird Care franchises across the country have shown such strong capabilities and dedication to their staff and customers, so it was an honour to be nominated, "We are so proud to be here on behald of our team back in Woodley as we know how hard they work day-to-day to truly make a difference to our customers' lives. We are absolutely delighted that these exceptional and hard-working people have been recognised in such a way. First and foremost, our commitment is to our customers, and the acknowledgement of our positive team dunamic and excellent care is truly humbling." 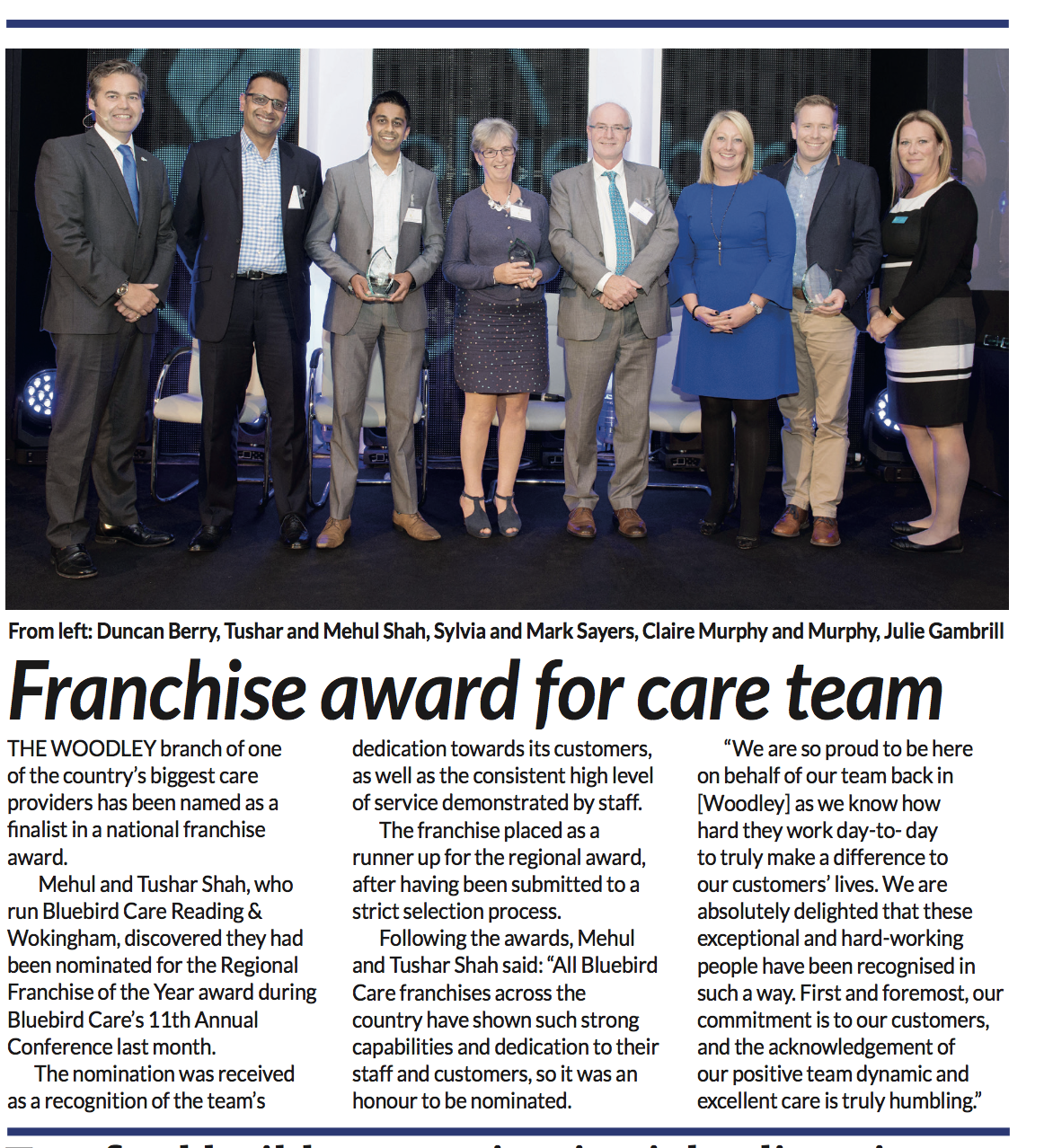