Why Drugs Giant Is Wrong To Give Up On Dementia

We have come to put our trust in science and that trust has been repaid many times over.

Think of the once killer diseases science has either virtually eliminated through vaccines – smallpox and polio, for example – or discovered treatments for, such as diabetes and many cancers.

These advances were hard won, the result of on-going investment and diligent research.

So it was with a heavy heart that I greeted pharmaceutical giant Pfizer’s announcement earlier this month that it is effectively throwing in the towel on dementia.

The company is withdrawing from neuroscience research, focusing instead on areas where it has ‘strong scientific leadership’.

This is a bitter blow to those affected by the condition – almost 5,000 in Northumberland and 850,000 across the UK, a figure that’s set to more than double over the next 30 years.

If Pfizer believes chasing a cure for dementia is a waste of money and resources, as its decision implies, what message does that send to those people?

They’d be forgiven for interpreting the situation as hopeless – for believing a cure will never be found. 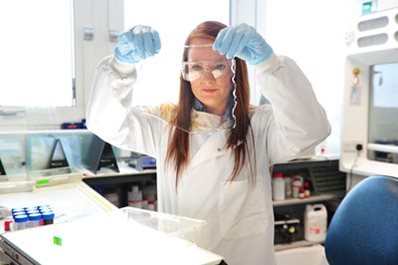 It cannot be denied that progress is slow and it would be wrong to give people false hope. The grim reality is that there is no major breakthrough on the horizon.

But at Alzheimer’s Society we are not giving up. We joined forces with the Medical Research Council and Alzheimer’s Research UK to establish the UK Dementia Research Institute in London in 2016 – a £250million investment.

And in Newcastle we have invested £1.7m to create a Centre of Excellence for dementia care, aimed at improving the lives of those living with the condition now.

We believe passionately that research holds the key to not only improving the treatment of those currently living with dementia, but also to finding a cure.

And we’re convinced that day will come. No doubt many of us won’t live to see it, but a cure can and will be found eventually.