For years Alzheimer’s Society has warned our social care system is broken and in urgent need of reform. Now a report by the Care Quality Commission has reinforced this view.

Beyond Barriers, published on July 3, states that all too often there is a lack of effective co-ordination which leads to fragmented care.

This matters to Alzheimer’s Society because the social care crisis is a dementia crisis – two thirds of people using homecare and 70% of those in care homes have dementia.

In one example given by the CQC, an elderly woman who went into hospital on a Friday after a fall at her home was ready to return the next morning but couldn’t be discharged due to staff shortages.

On Monday, she couldn’t leave because her home care support was no longer in place. After more than a month in hospital, her condition worsened and she went into residential care. She never saw her home again.

Such stories are not uncommon. Delayed discharges cost the NHS an estimated £3bn a year, so it’s in everyone’s interests to avoid them. But in practice that doesn’t always happen. Red tape gets in the way.

The report also warns of organisations placing too much focus on individual performance, rather than positive outcomes for those in their care.

The NHS’s recent £20bn 70th ‘birthday present’ included no extra money for social care – yet more than 80% of local authorities overspent their social care budgets in 2016-17. Surely that speaks of a system on the brink of collapse.

The new Health Secretary Matt Hancock has an opportunity to grasp the nettle with the government’s forthcoming green paper on social care reform, due in the autumn.

Will he take it and lay the foundations for a truly integrated health and social care system that is fit for purpose? We live in hope. 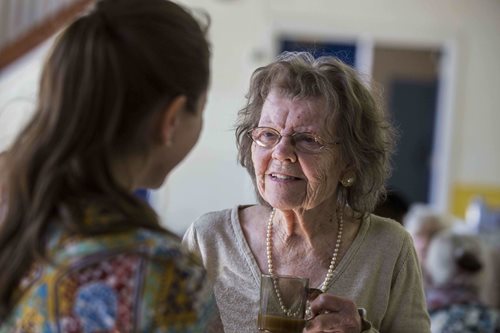