Putting The 'Fun' In Fundraising

Dementia is set to be the 21st century’s biggest killer, with someone developing it every three minutes.

And even though a recent survey revealed people fear it more than cancer, it receives just one-tenth of the funding.

That money goes towards vital research as well as supporting an estimated 850,000 living with the condition, around 35,000 in the North East.

But that doesn’t mean it can’t be fun. Anyone who has ever taken part in Memory Walk, our flagship event, will know what a joyous occasion it is. 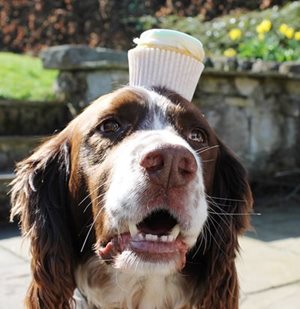 Last year we added another fun-filled event to our fundraising calendar…Cupcake Day.

It was a huge success, raising £330,000 for people affected by dementia…and this year we’re aiming to more than double that amount.

Anyone can take part in Cupcake Day – you don’t even need to be able to bake because packet mixes and even shop-bought cakes are allowed.

In fact, as a way of emphasising this point, I even got my dog Barney involved. It’s all about getting together for a little indulgence while raising some money for a worthy cause.

This year’s Cupcake Day is June 15, but even that’s not a hard and fast rule – any day around that time is fine.

We’re thrilled to have some major celebrities backing us for our campaign, including Paul Hollywood, Fearne Cotton, Eamonn Holmes and Davina McCall to name but a few.

But the most important people of all are the armies of ‘make-it-yourselfers’ and –‘off-the-shelfers’ whose involvement makes a real difference to people living with dementia.

You can find out more about Cupcake Day 2017 by visiting https://cupcakeday.alzheimers.org.uk/.