I was hoping to bring readers some encouraging news today. I wanted to reveal that a new drug is set to revolutionise the treatment of Alzheimer’s disease.

The Alzheimer’s Society had high hopes for the drug, pioneered by Eli Lilly, one of the world’s largest pharmaceutical companies.

Early trials of Solanezumab – Sola for short – indicated that it would become the first to slow down the progress of Alzheimer’s disease.

But it wasn’t to be. On November 23 we received shattering news…the major trial had ended in failure. 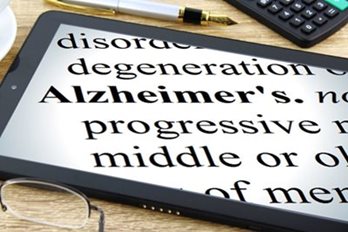 Patients on Sola did not show any slowing in cognitive decline compared to those treated with a placebo. The company’s shares plummeted by 11%... but the ramifications extend beyond financial concerns.

Now that it has become clear there is no meaningful treatment on the horizon, how must they and their loved ones feel?

Worse still, news of Sola’s failure came just days after the Office of National Statistics revealed dementia had overtaken heart disease as the leading cause of death in the UK. It has not been a good month.

What it emphasises, however, is that whilst we should never give up hope of finding a cure, we must strive to do all we can to help those currently living with dementia.

At the Alzheimer’s Society, that’s our mission. Whether you are recently diagnosed or simply experiencing memory problems, we can help… and I urge you to contact us.