For my first column of 2019, I thought it might be a good idea to clear up some of the confusion about dementia.


For my first column of 2019, I thought it might be a good idea to clear up some of the confusion about dementia.

There’s a great deal we don’t understand, but we do know there are certain risk factors and absolutely no miracle cures. So let’s play a little game of true or false…

Only elderly people get dementia - False
Age is the biggest risk factor, but dementia affects at least 42,000 people in the UK under 65.

Dementia is fatal – True
Dementia is the UK’s biggest killer, and there’s no cure.

TV addicts are more at risk than gym bunnies – True
What’s good for your heart is good for your head. Sedentary lifestyles are linked to poor cardiovascular health, depression and diabetes – all risk factors for dementia.

A Mediterranean diet lowers your risk – True
A diet high in fruits, vegetables, legumes and cereals is high in antioxidants which can protect against some of the damage to brain cells associated with Alzheimer's disease.

Smoking causes dementia – True (as far as we know)
The evidence isn’t conclusive, but the World Health Organisation believes 14% of Alzheimer’s disease cases worldwide are potentially attributed to smoking.

You will get dementia if one of your parents had it – False
Most dementias are not passed down through the family, and more than 99% of Alzheimer’s disease cases are not hereditary.

Drinking red wine protects against dementia – False
Some chemicals found in red wine may be good for the brain, but it’s not clear whether red wine is beneficial in reducing dementia risk.

‘Superfoods’ such as coconut oil and turmeric, found in curry, prevent dementia –False
There just isn’t enough research to back up the coconut oil claim and curcumin, an extract of turmeric, has shown no promise as a treatment 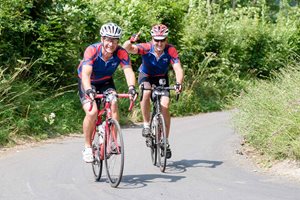