Last Saturday marked a very special day in the North East when more than 5,000 people, many of them from Northumberland, joined forces to unite against dementia.

Written by: Ken Oxley
Alzheimer's Society
North East & Cumbria
Last Saturday marked a very special day in the North East when more than 5,000 people, many of them from Northumberland, joined forces to unite against dementia.

Memory Walk raised an estimated £362,000 for Alzheimer’s Society. But the event, which set off from Bents Park in South Shields, was about much more than just fundraising.

It was a unique opportunity for those whose lives have been affected by dementia to come together for an occasion that was as moving as it was spectacular.

The sight of thousands of people in bright blue Alzheimer’s Society T-shirts stepping out together was truly awe-inspiring.

Each and every one of them has a story to tell. They walked in memory of loved ones lost, or to pay tribute to family members or friends still with us.

And, of course, those currently living with the condition took part too, determined to show that life does not end when dementia begins. 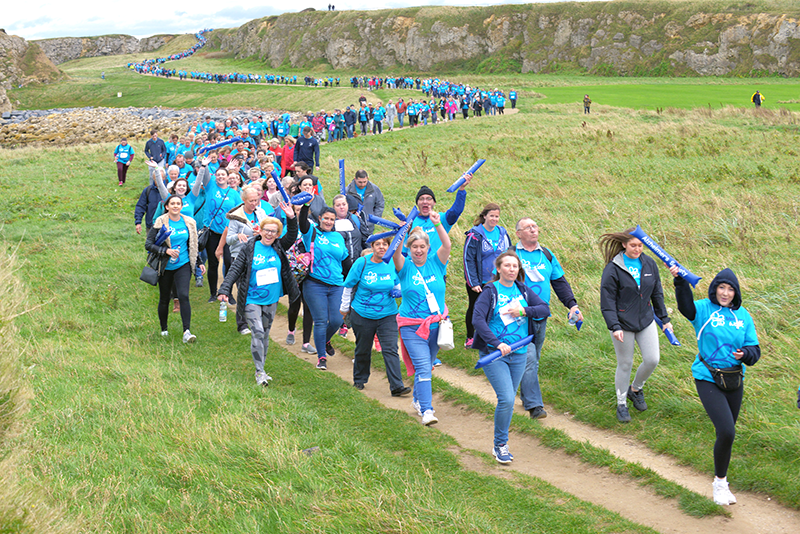 There were 34 Memory Walks across the UK, and together they raised around £9m to help Alzheimer’s Society fund vital research into treatments and support for the 850,000 people across the UK who have the condition – 5,000 of them from Northumberland.

We are grateful to our celebrity supporters – including England’s 1966 World Cup hero Sir Geoff Hurst and Davina McCall – who officially launched walks.

Cutting the ribbon in South Shields on Saturday was former Emmerdale actor John Middleton, who won a BAFTA earlier this year for his brilliant portrayal of a vicar battling dementia in the popular TV soap.

If you were among those taking part, let me take this opportunity to thank you on behalf of everyone at Alzheimer’s Society.

Every step you took brought us that little bit closer to a world without dementia.