Reducing Your Risk Of Dementia Is Deceptively Simple

You could be forgiven for being utterly bamboozled by the endless stories about dementia in the media.   In recent weeks I’ve read stories claiming people who wake up frequently at night or snore a lot have a greater risk of developing the condition


You could be forgiven for being utterly bamboozled by the endless stories about dementia in the media.

In recent weeks I’ve read stories claiming people who wake up frequently at night or snore a lot have a greater risk of developing the condition.

Those who have been single most of their lives are also, apparently, more susceptible, as are people who consume high quantities of sugar.

On the up side, there has been a glut of stories over the past few weeks claiming the spice curcumin – found in Turmeric – and vitamin B-3 could protect against or help to treat dementia.

No wonder people are confused. My advice would be to take the vast majority of these stories with a pinch of salt…or perhaps not, because a high salt diet has also been linked to dementia! 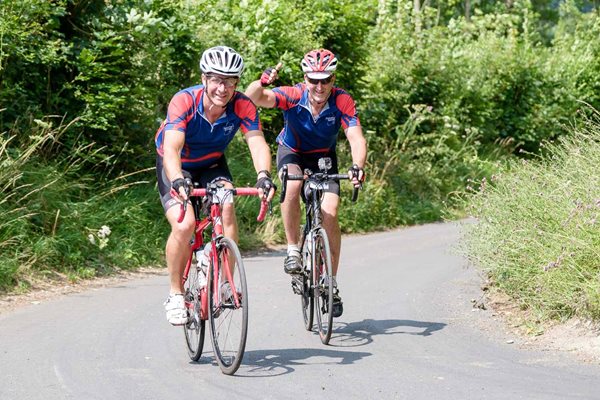 It’s a very simple message that is supported by numerous scientific studies. The latest of these was published earlier this month in the Journal of Alzheimer’s Disease, and reported in the Daily Mail.

It concluded that going for a brisk daily walk or bike ride really can help to stave off dementia. This is because exercise boosts white matter in the brain.

You don’t need to understand what white matter is, so I won’t bother explaining it here. What’s important is that low levels of white matter correlate with poor memory.

And by using brain imaging techniques to measure white matter, scientists have been able to establish a link between fitness and brain functionality.

The ‘what’s good for the heart is good for the head’ mantra holds true in relation to diet too, meaning fresh fruit and vegetables and foods low in fat and sugar tend to be better for brain health.

There are no guarantees when it comes to dementia. It can affect anyone, even those who have lived exemplary lifestyles.

But what this latest study confirms is that you can lower your risk. So don’t let the scare stories or reports of miracle cures confuse you.

The truth is out there…and it’s deceptively simple.

Visit our website at www.alzheimers.org.uk or call our North East office on 0191 2983989.   Ken Oxley is the Media Officer for the Alzheimer’s Society in the North East and Cumbria.