Bluebird Care (Bradford North) is delighted to announce that Rupert won the national award at the finals Great British Care Awards, held at the Grosvenor House Hotel in London this month!

I was shocked and elated to hear my name announced for the National Care Worker Award; I would like to thank Richard Asbridge my care manager and John Sutcliffe my Boss for nominating me and all my colleagues for their support, I can honestly say I am still stunned and shocked to have won, but also very proud to be able to see the reaction of my family to this achievement. 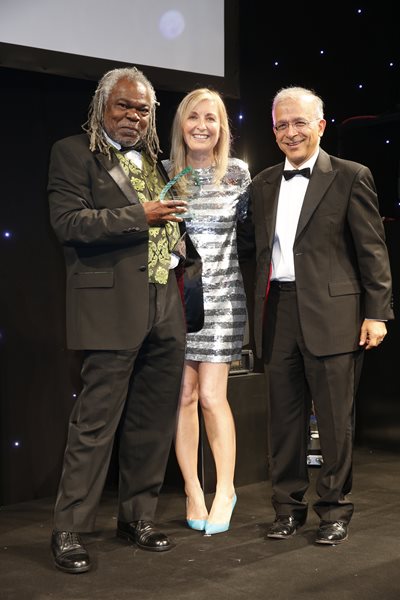 Rupert has been working in the care industry since 1996 as a Care Assistant with Social Service and has worked in many different areas including working with children and young people to older people in care homes.  He began working for Bluebird Care in Bradford in December 2010 and instantly became an integral part of the team.

The Home Care Worker Award recognises the significant role of Care Workers providing consistently high quality care for people in their own homes, which is something that national care in the home provider, Bluebird Care prides itself on.  The judges were looking for evidence of dedication, career development through training and awareness of colleagues.

I am very proud of the whole team and to have won the award means everything to us.