Deciding on Care in the home for elderly relatives: A Daughter's View

It may seem odd but the decision to start care in the home for your parent or relative needs to have been decided upon years in advance.

Our father had a stroke in his early 60s leaving him partially sighted. He was then cared for by our mother entirely. She was an active lady, golf, yoga, church flowers, etc. When he became more frail we became more involved in care, hospital visits etc.

Our father was very keen that everything was in place for when he was no longer with us. I discussed at length his wishes for his funeral and hymns he wanted. We also, as a family discussed about what we felt our mother should do. After nearly 60 years of marriage and living in the same home for much of that time this was a really important time.

We, as a family, decided that when we, or she, decided that she needed more help then what we would do was to have someone in the house full time. 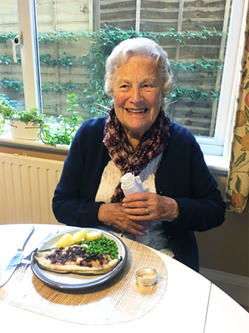 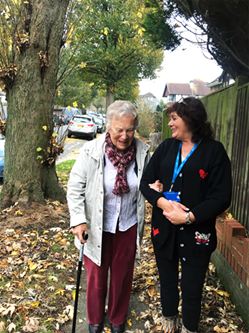 She was managing well, but my husband I were having to do more and more. The TV wouldn’t work, the bulbs needed changing etc. We were still working and this became very hard.

She then started leaving the doors unlocked or the gas on. Not often but once is enough. After a fall in the garden it became apparent that the time had come.

We first contacted an agency that a friend recommended. Great start, but they changed carer every two weeks. Tricky as we were only getting used to one when another started. Also they were based some way away and we had no physical contact with them at all.

Mother decided to go it alone again. Not a good move.

We then contacted Bluebird’s local agency. We were delighted that the local area supervisor came to the house and spoke at length with mother and was able to show the supervisor her home and garden and then filled out a detailed questionnaire.

We started on twice daily care for about an hour each time, supervising bathing etc. Mothers anxieties soon heightened and we decided to go for the full-time live-in care. 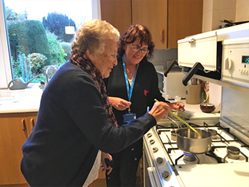 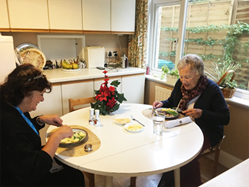 This has been, on the whole, a great success. The carers have two hours a day off, but can be flexible about when this time is.

We were able to put the carer onto the car insurance, a godsend as driving is so important for a feeling of independence to continue.

The live in manager comes to the house for weekly meetings and debriefing of the carer and always has a long chat with mother to check all is well, or if she would like anything extra done.

From our point of view to have a phone number and e-mail to call and knowing that a solution will be found within 24 hours is such a worry off our hands.

Care in the home does not come cheaply, but it is cheaper than a nursing home, and so much more importantly it has given our mother and us the flexibility and reassurance of still being in the home she knows and loves with a garden that she spends so much time in.

Bluebird Care has been most helpful for us all.