We had a great summer outing on 26th July to the Bluebird Cafe at Coniston.

We had a great summer outing on 26th July to the Bluebird Cafe at Coniston, right on the shores of the lake, where a group of our lovely customers joined for a yummy lunch and to take in the views. Bluebird Cafe is of course named for the speed vehicles of the great Sir Donald Campbell, who died tragically in a world water speed record attempt on Coniston. Star of the Day was Jean, who for the first time transferred in and out of an ordinary car which meant she was able to join the trip. Jean is absolutely over the moon with this achievement and is already making plans for a trip to family in Newcastle. Ain't no stoppin' her now! 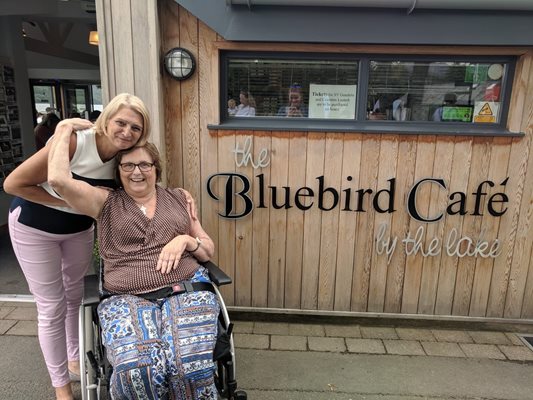 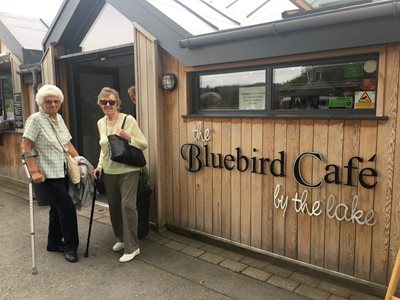 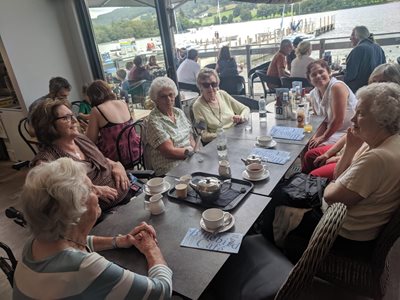 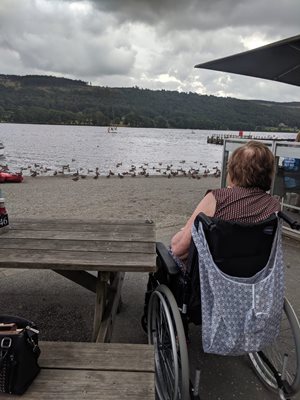