We were so proud that two of the three finalists in the Hereford Times Health & Social Care awards Home Carer category in September 2018 were nominated from Bluebird Care Herefordshire. Helen Williams and Chris Fishbourne were both well deserving of the nomination.

As a small business we feel this is a great reflection of the quality of the fantastic carers who join us here at Bluebird Care Herefordshire. We are very selective in our recruitment and so many of our staff are willing to go the extra mile. Helen and Chris are both so committed and i is refreshing to see that recognised in such a public way as the votes came in from residents throughout the county of Herefordshire.

We were pleased to be the programme sponsor at the awards ceremony which was held at the Lyde Arundel on 19 September and it was so exciting that Helen was the overall winner. It was a recognition richly deserved, although she is too modest to admit it.

As the event had been staged for the first time this year and sponsored overall by the Hereford Times we were pleased to give our backing to this prestigious event. 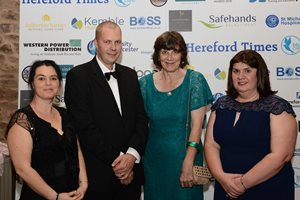 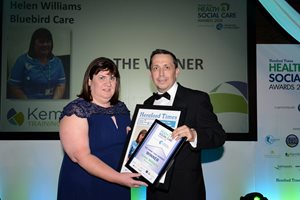 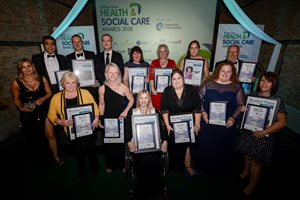