Sunday 12th September is National Dementia Carer’s Day. To honour it, we talked to two Bluebirds about their experiences caring for people with the condition.

Sunday 12th September is National Dementia Carer’s Day. To honour it, we talked to two Bluebirds about their experiences caring for people with the condition.

Sammie has been a Bluebird for two years, and in that time has looked after plenty of vulnerable customers – including those with dementia. So for National Dementia Carer's Day, we asked her to share some of her experiences.

“One lady I supported with dementia care had Lewy body dementia, and she had hallucinations with that,” she says. “Her mobility wasn’t always great either. But what we found is if we played music, she would be more inclined to start moving and dancing. It would help her mobilise and be with it a bit more.

“She especially liked Rod Stewart and Elvis. I’ve never seen music have so much of an effect on someone but with dementia, music is so important. It’s the rhythm and the music that they remember – especially the older stuff that took her back.”

When asked about other stories from the past 24 months, Sammie pauses. “You know, sometimes even as a carer you’re not sure if you’re dealing with dementia, or the signs of aging. Sometimes the memory is just a problem for the older generation. 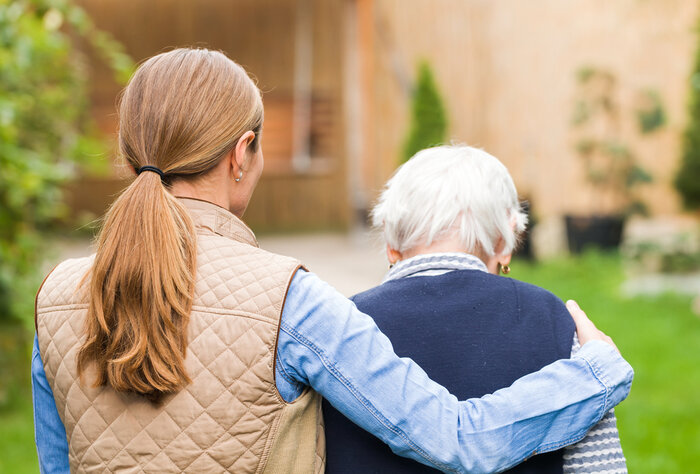 “Whether it is dementia or not, sometimes people repeat themselves multiple times and you just have the same conversation again. You can’t make a big deal about it and say ‘you’ve said that already’ and make them feel bad about it. You want to make them feel good, so my response as a carer is just to go along with it really.”

“It’s not just memory either. Sometimes you get a customer with a loss of hearing or taste. For instance, we’ve got one gentleman who’s got a very big sweet tooth, but I realised that it might be because he’s got vascular dementia and he’s lost most of his taste, so the sweetness is the only thing he can taste. So whenever he refuses a hot meal, we have to bribe him with a bit of custard instead!”

Claire has been with Bluebird for eight and a half years, and worked in care for over 20 years – giving her a host of dementia care experiences with different forms of the condition.

When asked how to help someone with dementia, she gives a lengthy and emotional answer that really shows just how much she cares about what she does.

“Everybody’s different with dementia. Some can be confused, or violent, or even funny. It’s a really wide range.”

“One lady I looked after was incredibly quiet, but you knew she was in there somewhere. I used to provide her care and she was good as gold, she’d follow me and allow me to look after her. But I’ve had other people who I’d be changing them and they’d get angry, or swear, or grab hold of me. It’s not always easy.

“What helps is putting myself in their shoes. Another lady I look after is often confused when I get there to see her. I’ll ask why she’s upset and she’ll say ‘I don’t know what I’m doing, I’m a bit lost.’ She thinks she’s somewhere else.

“I’ve also had times where someone thinks their parents are alive, and then they remember ‘Oh, they aren’t alive, are they? How silly of me.’ It can bring up all sorts of emotions for them. I just give them comfort and then try to change the subject to get them talking about something else. Especially if we can find something funny to talk about. If a customer with dementia still has their sense of humour, I know they’re still there and that makes it easier.” 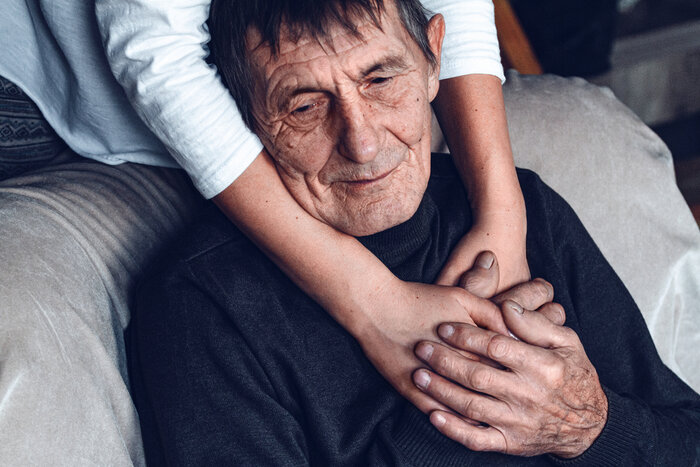 “I’m someone who feels people’s feelings so sometimes it can be difficult and I do find it sad when I think about it from a customer’s perspective. But on the other hand, it’s thinking of them and how I can help them that helps me to get through that too. I ask myself ‘how would I feel if I was confused? It would be nice to have somebody there to reassure me.”

“One thing I’ve noticed is that if the person dealing with dementia can accept that they have it, it’s easier. If they don’t, it can be harder to help them. It can be really difficult for relatives too, to see that person changing. Whereas when we come in as professional carers, we see it at the other end – when they already have the dementia. We don’t see them before.

“Because of that, I try to find out as much as I can about a customer’s life before the dementia, so we can talk about their family and the things they love. That works especially well in the earlier stages of dementia, before the disease has progressed.”

“Occasionally we can have quite a difficult situation where a customer can get violent. That tends to happen with Alzheimer’s. It’s so difficult for their relatives as well, they can feel embarrassed sometimes I think. Of course, as carers we’ve seen it all before. You have to realise it’s not the person, it’s the disease that’s making them act that way.”

“I think people often don’t realise what caring for someone involves. It isn’t all just sitting around, making a cup of tea and having a chat. It can be fairly mentally and physically challenging. And stressful sometimes too – but at the same time, very rewarding. I get a lot from working with people experiencing it.”

When asked what she gets most from it, Claire stops to have a think, then explains:

“They do say about someone who has dementia, their emotions don’t go. Say you took them out, they had a really fantastic time out, then you brought them back again. With dementia, they might not even remember they’d been out – but they would know emotionally that they had a really good time. It makes them happy. I think if you can do that, it makes it worthwhile.”

Helping you to deal with dementia

At Bluebird Care Gosport we know that dementia is a terribly difficult thing to live with. That’s why we train our carers extensively to deal with the unpredictable nature of the disease, and offer a specialist dementia care service for anyone who needs it.

We also recognise that dementia affects the entire family, not just the person diagnosed with it. That’s why we offer dementia carers support with our respite care service. It gives carers of those with dementia a much-needed break and a chance to renew and focus on the other things that bring them joy.