United Against Loneliness Campaign raises over £3000 for the Silver Line.

In February 2019 the team at Bluebird Care Gosport embarked on an epic journey to raise vital funds and shine the spotlight on the UK’s social isolation and loneliness crisis.

In February 2019 the team at Bluebird Care Gosport embarked on an epic journey to raise vital funds and shine the spotlight on the UK’s social isolation and loneliness crisis.

All money raised is going to The Silver Line that is the only confidential Free help line for people living in isolation. Its mission is to provide support and companionship to people feeling lonely and isolated.

The campaign started with the Director Kat Thomas self-isolating in a flat with no communication to the outside world, no internet, no phone and no visitors for seven days. She wanted to understand first-hand what it feels like to be truly alone, sharing her experience through a daily video blog.  Kat’s immersion into loneliness had some profound effects on her and was a real eye opener for all around. 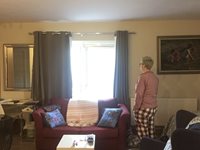 Throughout the year the team launched their community space in their offices in Gosport running regular coffee morning and activity sessions hoping to bring the local community together and break down barriers amongst their customers. 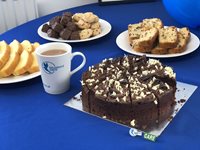 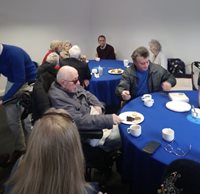 In May 2019 Business Operations Manager embarked on a mammoth journey to unite the local Bluebird Care Offices along the south coast by walking from Seaford East Sussex to Exeter in Devon a massive 215 miles in seven days. He stopped along the way at the local offices and asked them to unite against loneliness, picking up Director Ross Perkins from Bluebird Care Dorchester who joined him for an afternoon. Sadly 158 miles into the walk disaster struck and Stuart had to stop as his blistered feet had become infected. 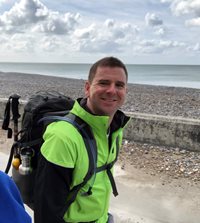 “I wanted to challenge myself to do something a little bit out of the ordinary.  Walking between Bluebird Care offices to get them on board with the fundraising seemed like a great thing to do.  It was a real shame that I couldn’t complete the 215 miles in May but the doctors advised not to continue.  Walking in storm Ciara made the final part of the walk really challenging but was great to achieve it!”

Not wanting injury to win, Stuart decided to finish the walk in February 2020 and was joined by Bluebird care Gosport’s Marketing exec Josie Hutsby to finish the last 58 miles nonstop. The walk looked cursed from the start when Storm Ciara decided to show up, not put off the pair set off from Abbotsbury in gale force winds and hammering rain. After 25 miles a safety decision was made to hole up in a B&B to get warm and dry. The set off the following day to complete the mission, Josie sadly had to pull out due to advice from a physio and a hip injury, but Stuart refused to give in and ran a chunk of the remaining journey to meet Frankie Rowe from Bluebird Care Exmouth, who joined Stuart for the last 10 miles.  They both crossed the finish line at Bluebird Care Exeter at 20:00 both wet cold and weary. 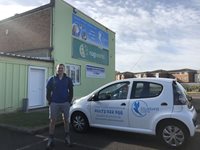 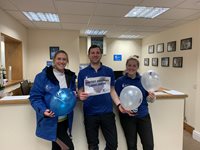 “I wanted to join Stuart on this walk as I have never set myself a challenge as hard as this. As the charity is fighting against loneliness, I thought it would make sense for 2 people to finish the last half of the walk. Due to the weather it was a lot harder than I expected it to be. However, it was a fun challenge and had lots of laughs and falls! “

Further events were held through the year to raise money including quiz nights and bake sales and One of the Care Team Vicky Plant dedicated her birthday present of a sky dive to raise money for the charity. 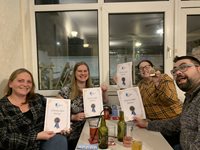 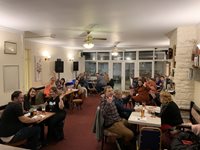 “I wanted to join Bluebird Care Gosport’s charity of the year to raise funds for The Silver Line. Bluebird care is a great company to work for and I believe the charity is an amazing cause in helping to fight against loneliness. Many of the lovely people I see daily can sometime only see me all day as they have no one else to talk to.”

To end the campaign, Bluebird Care and The Golden Eagle in Southsea partnered up and held 2 Charity music events. Local artists donated their time and voices for the event, and it was a wonderful to see people digging deep and enjoying the event.

“The local pub is a place where community’s come together and support each other. There have been many occasions where I have witnessed people’s ups and downs and seen the positive side of human interaction. But I’ve also witnessed the lost souls and the lonely and, having worked in older peoples services in the past; and having one parent who needed support through cancer whilst another drifted into a world of dementia, I understand the world of loneliness seen from other people’s point of view. When I was approached to support the “Instruments For Change” event to raise awareness and support for the Silverline charity - which is an essential helpline for older people suffering from loneliness - it was an easy decision to say yes and give full support. I and the team at the Eagle were honoured and proud to support Kat and the tea at Bluebird Care in this fantastic endeavour and can only hope to offer our support in the future” 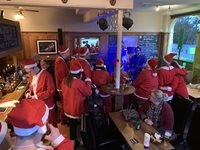 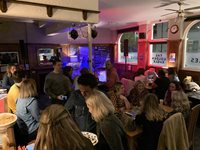 “To start the campaign with such a difficult personal journey into isolation it’s amazing to see all that the team have achieved and the impact that this campaign has had on the them and the local community. To raise over £3000 is amazing and I am blown away by the generosity of all the people involved. We know that the silver line will use this money to support people living in isolation and if we have managed to make at least one person feel supported and helped them find companionship it will have all been worth it. This may be the end of our campaign but the last year has taught me and the team that it is everyone’s responsibility to make a difference to people living in isolation and we will never stop uniting against loneliness.”