Our Director's May Newsletter

This month, we sat down for a cup of tea and a chat with one of our lovely customers, 94-year-old Fred Blackmore MBE. 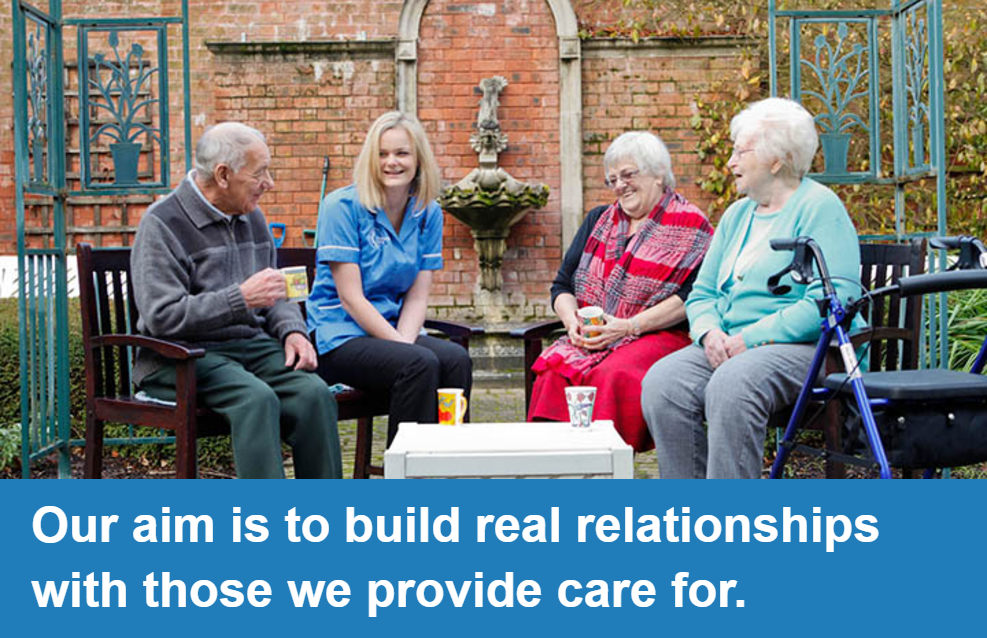 Thank you for all your great feedback from our interview last month with our Exmouth customer Mr. Jordan and his Devon Bluebird, Jenny. It touched a real chord with our local caring community and we received some great feedback. Thank you. “Truly inspiring and very much appreciated”

“I loved this interview –it is so heart- warming to know that you (good guys) are there flying the flag for ‘how to do it properly and see ‘clients’ as real people with a real value” The feedback inspired us and we took the time to replicate the interview with another of our customers, this time from our East Devon care hub.

Let us introduce you to everybody. What is your name and how old are you? Fred Blackmore MBE. I’m 94 years old. When were you born and where did you grow up? I was born in 1923. I grew up in Heavitree, Exeter, and then – at four – my family moved to Gittisham, where my father looked after the rector. Gittisham was my life. There was me, my brother Ron, my brother Wolf, and my sister Barbara. My sister passed away quite early, followed by my mum. What is one of your earliest memories? I met Betty – who became my first wife – when I was quite young. We used to date before I joined up, and I remember us going dancing together. You were 16 when World War Two began. What do you remember of those times? “I was working for Mr Brock, the baker at the top of the town. I got called up in 1942. I became a flight engineer on a Halifax bomber. There were seven in the aircrew. It was team work. You relied on each other. I did 36 bombing raids over most of the towns in northern Germany – mainly at night. ” Was it scary? “You’re not scared when you’re 18. You’re invincible.” 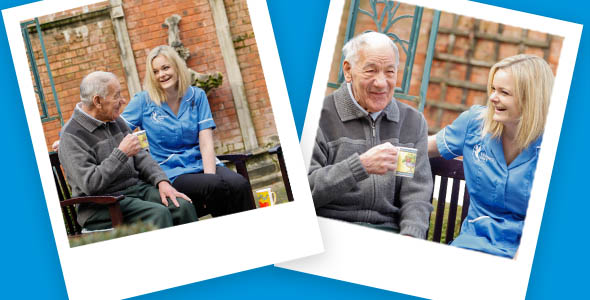 Can you tell us about your occupation and career after the war? “I went back into baking.” [Fred later joined the civil service and was promoted to be in charge of a nationwide storage organisation in an advisory capacity. He was awarded an MBE for his work in the late 1970s, supplying spares and equipment for Civil Defence vehicles which provided emergency cover during the national firemen’s strike. As chief liaison officer when army and Royal Air Force personnel manned the Green Goddess fire engines during the strike, he handled problems of supply and demand of spares and equipment. This proved to be a huge task and his efforts were recognised with the award.] How did you come to live in East Devon? “We lived all over the country and retired when I was 60, and I said to my wife at the time, ‘My darling Betty, what shall we do now?’ She had grown up with me in Gittisham and she said, ‘Let’s go home’. So we came home. And then she died. We weren’t here long.” What would you say is your greatest achievement? “Living. I saw so many young men killed. Bomber Command lost 55,500 during the war… and I’m still here.” What is your most treasured possession and why? “Freedom. This young lady here [he points at his carer] wouldn’t be here, if it wasn’t for our generation.” How do you like to spend your time now? “I don’t do a lot. I just sit, and the ladies from Bluebird look after me and I’m very lucky.” What would be your wise advice for a good life, well lived? “Treasure the freedom we’ve got. A lot of boys gave their lives for it.”

Next month, we look forward to sharing with you our Exeter-based campaign which aims to get people talking and planning for care.