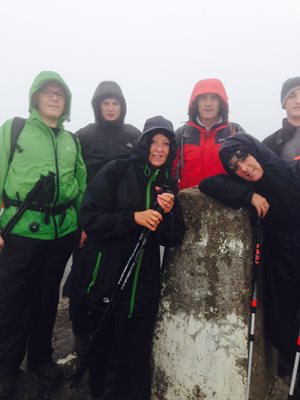 The aim was to complete the challenge in 24 hours, which involved ascending (and descending) 10,000 feet, trekking over 27 miles and 10 hours of driving between mountains!

The last hour of our descent from Ben Nevis was done in the pounding rain in dark, treacherous conditions!

They had terrible weather on all three peaks which cost them time, but we're pleased to say they completed the Challenge with 12 minutes to spare!

Despite the weather, the sore feet and aching limbs, Diane swears blind she enjoyed the challenge, and may even have pursaded a few of her Bluebird Care Bromley colleagues to join her next year...!

All money was raised in aid of "Stand Up To Cancer".